This is a trump, uh, You Can’t Touch…

“[m]r. [t]rump is immune from suit because he is President of the United States.”

This is the argument made by trump’s attorney’s in a court filing hoping to get a lawsuit against the president dismissed.

The lawsuit was brought by three trump protesters who were assaulted at a trump campaign rally after the then-candidate urged his supporters to “get them out of here.”

The victims of the assault allege that trump’s comments amount to incitement, and that he is thus responsible for the actions of trump supporters who assaulted them. Those charged with the assault have claimed that they would not have assaulted the protesters had it not been for trump’s encouragement.

trump’s attorneys also curiously claimed that the protesters waived their rights to not be assaulted when they purchased tickets for the campaign rally. They also claimed that by protesting, the victims were responsible for their own assaults.

But what has legal experts scratching their heads is the claim that trump is immune from lawsuits by citing Clinton v. Jones, in which the Supreme Court ruled that Bill Clinton could in fact be sued for actions taken before he was president.

trump claiming he is not subject to the law came just before donald trump made a congratulatory phone call to Turkish president Recep Tayyep Erdogan, who made a highly contested power grab during an election that many people are claiming was rigged.

After learning that trump was the only “Western” leader to congratulate the despotic move, trump officials doubled down and insisted that trump did not regret making the call at all.

Perhaps trump was offering his admiration to a man who found a way to “legally” install himself as a dictator? 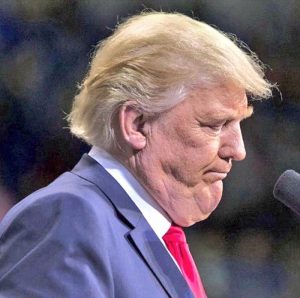