“…thermonuclear war may break out at any moment…”
-Kim In Ryong, North Korean UN deputy representative

Back in 1983, before he became a cultural icon as Ferris Bueller, Matthew Broderick starred in War Games, a movie in which an adolescent unknowingly and nearly sparks a global nuclear war because he thinks he’s playing a game.

In one scene, when it becomes clear that American nuclear missiles have been programmed to launch in any event that the computers suspect their programmers have been compromised, an Air Force general exasperatedly orders American bombers to head back to Soviet air space, because he’s decided that it’s better to foolishly go all-out nuclear than to risk “losing” a nuclear war.

One of the messages of the film is the inanity of mindlessly going through the motions of nuclear war because no other better idea can be formulated in time to stop it.

In saner times, American leaders would be the ones working tirelessly to quell such lunatic pronouncements from an unstable government. But we don’t live in sane times any longer. Now, our own government is making lunatic pronouncements with regards to nuclear war, and its doing so for little other reason than we have a child president who likes to thump his chest.

donald trump sent Vice President Mike Pence to South Korea to put on our most earnest We’re-Serious-Here act and to stand for a photo-op looking firmly resolute as he stares down North Korean soldiers in the demilitarized zone. The purpose was to present to the world an image of stoic leadership, but Pence’s insincerity and trump’s lunacy failed to do anything other than to provoke the North Koreans to say that American naval buildup off North Korea is provoking a dangerous situation that could result in nuclear war.

trump’s response is to childishly tell North Korea to “behave.”

An adult knows how to handle a petulant child, which is precisely what North Korea’s leader acts like. Our current president wants to get into a slapping fight with him, except instead of slapping each other, they’re going to use nuclear weapons on each other.

We now have a president who may spark a nuclear war because he thinks he’s playing a game. What happens then? 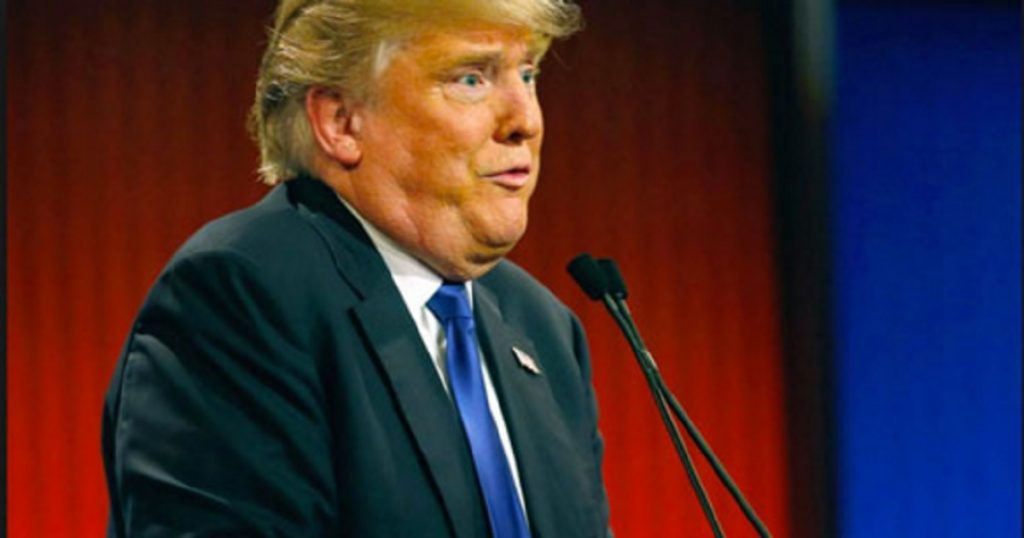