By: Imbecile
In: Uncategorized
With: 7 Comments

For a time today, this was the top story at FoxNews.com: This was reported by Crooks and Liars. Shortly afterward, this story was toppled from the top spot by some Argl-Brgl about Hillary’s emails. I know. Shocking, right? Hillary’s emails? What is this, August, 2016?

Anyway, as Crooks and Liars reported, this was the top story on Fox News for some time today.

Why does this matter? Well, for lots of reasons, but mainly, because immigration is brand new all over again within the trump administration.

After the humiliating failure on trump’s part to pass a Billionaire Tax Relief Bill disguised as health care reform, and after the head-scratching soap opera that played out between Reince Priebus, Sean Spicer, Sarah Huckabee Sanders, Little Douche Mooch, and John Kelly last week into this week, and after the stories of the White House colluding with Fox News to fabricate the Seth Rich story, and daddy trump’s doing baby trump’s homework for him, it was time for the trump administration to trot out one of its greatest hits to get the audience clapping and singing along again, and that greatest hit is immigration.

So, what does MS-13, a Los-Angeles-based gang have to do with immigration? Funny you should ask. Let’s turn to Fox News’ once-top-story and see if we can’t illuminate the topic.

Here’s the first paragraph from the Fox News piece:

MS-13 doesn’t fear prison, President Trump or even death. But there is one thing that scares the hell out of tattooed members of the murderous Central American gang: La Sombra Negra.

Hold on. There’s a discrepancy here. I told you that MS-13 was a Los-Angeles-based gang, yet Fox News called them “the murderous Central American gang.” What gives, Imbecile? Here’s what gives.

Remember when trump supporters were claiming that terrorists were going to invade America by starting in Central America and then invade us from our unprotected southern border? Well, that plays a central role in why Fox News needs you to believe that MS-13 is a Central American gang.

It instills in you the notion that it is comprised of what a mouth-breathing, sister-fucking right-winger would call an “illegal”, or what normal people would call undocumented workers.

The reality is that MS-13 originated in Los Angeles in the 1980s. Sure, it was founded by Salvadoran immigrants looking to protect themselves from the already existing LA gangs, but the truth is that MS-13 is a homegrown group. They are not an import.

So, Fox News establishes the notion that MS-13 is this ultra-violent gang of “illegals” flooding into our safe suburban neighborhoods and terrorizing our peaceful way of life.

No, really. Read that opening Fox News paragraph again. MS-13 isn’t afraid of anything. They’re the scariest entity you’ll ever encounter, and they’re worse than ISIS, because they’re already here!

Let’s recall the standard refrain of the racist stereotyping of groups white people don’t like and are convinced are here to take us over:

Sound familiar? Of course it does. This is not new territory we’re exploring here. This is well-worn tropist bullshit. We’ve heard it for centuries about the Native Indians, the Chinese, the Irish, the Italians, the newly freed slaves…. Now it’s the Mexicans’ turn.

Wait. What’s that you say? I just got done telling you that MS-13 is a Salvadoran gang? Why, yes, I did. And even Fox News reports on its cultural roots in “Central America” but the reality is that right-wingers don’t differentiate between Mexico, Panama, El Salvador, Nicaragua, Belize, Costa Rica, Honduras, or Guatemala. To Cletus R. Dumbfuck, they’re all Mexican, and they also look just like them moozlims.

Fox News was just doing their part to help trump not fail yet again. If Fox News can help sell immigration reform as opening the floodgates for violent brown-people who are going to make us watch while they rape all our white women, and then kill us afterward, and as a result, help deliver trump his very first policy victory, then by gawd, that’s what they’re gonna do.

It doesn’t, however, explain why they took it down and relegated it to barely a mention at the bottom of their home page only hours later. 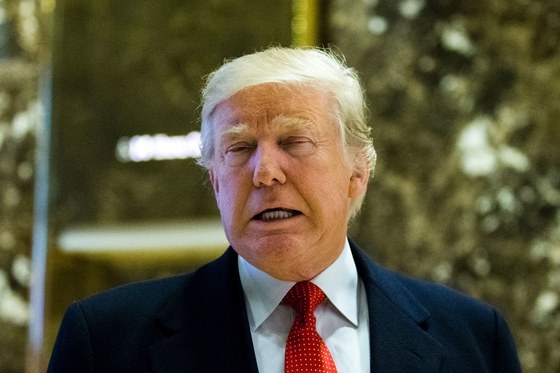