You Can Rely on the Old Man’s Money

By: Imbecile
In: Uncategorized
With: 4 Comments

The Secret Service has moved out of trump tower, and into a trailer on the sidewalk. The reason they gave was that the lease required by trump tower was greater than they believed fair for the government to pay.

According to The Washington Post, “The Secret Service has vacated its command post inside Trump Tower in Manhattan following a dispute between the government and President Trump’s company over the terms of a lease for the space, according to two people familiar with the discussions.”

The Secret Service was forced to establish a command post in the gaudy gold monstrosity after trump became the presumptive GOP nominee and when it became clear that Melania trump did not want to live with her husband, and so remained in their shitty gold penthouse after trump moved into his dump in Washington, D.C.

And then, according to The Wall Street Journal [story is located behind a pay-wall], the White House Military Office is also leasing space in trump tower at $130,000 per month, which has been reported as being “far above market value.”

What this means is that the taxpayers are paying trump’s government so they can be gouged by trump’s private business in order to increase his organization’s profits, and no one is doing anything to stop it, because, apparently, this is now okay.

Or, perhaps this is part of what is being discussed when it is discussed that Robert Mueller is looking into trump’s finances. 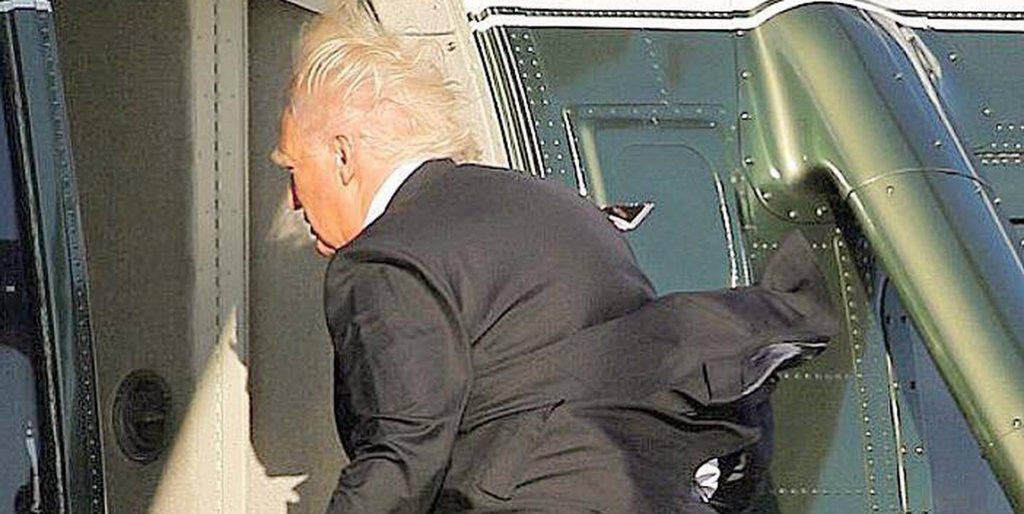