Not a Word Could Change a Thing

Those words came from Angela Rye today on CNN as she faced off against Joe Walsh, former Illinois congressperson and current massive dickhead who has demonstrated that he’ll pander to any group of right-wing misanthropes if it means getting votes or listeners to his dumbass radio show, even going so far as to “joke” that had Hillary Clinton won the 2016 election, he was going to “grab [his] musket.”

So, what compelled Angela Rye to respond to MusketMan in such a way?

.@angela_rye And your way wrong on your main point Angela. We LOWERED the bar for Obama. He was held to a lower standard cuz he was black. https://t.co/OMXphLZUTj

.@angela_rye But u are way wrong. Obama's blackness protected him. Liberal white guilt wouldn't allow criticism. He was held to a lower bar. https://t.co/RHg0bKrCp2

Okay, first…what the fuck? Liberal white guilt wouldn’t allow criticism? Did Joe Walsh not have the Internet between January, 2009 and January, 2017? No criticism of President Obama? Are you kidding me? Anyway, I digress….

Angela Rye then went on to ask CNN why they continue to give bigots like Joe Walsh a platform, and then had to further explain the reality faced by most non-whites in the United States in which a white man can be thrice-divorced and openly brag about sexually assaulting women and still be elected president, while every single black man who is not married to their child’s mother must all shoulder the responsibility (at the behest of white America) of every single failing of every single black American in the nation.

And then, white resentment hucksters like Joe “I Refuse to Pay Child Support” Walsh try to whitesplain why black people really succeed in America. Surprise! It’s not because they are skilled and talented, it’s because white people suffering from “white guilt” (fuck you, Joe Walsh) bestow success upon them.

Then, people like Joe Fucking Walsh act surprised and wounded that anyone would consider him a bigot for suggesting such a thing.

The reality is that channels like CNN keep inviting irredeemable fucks like Joe Walsh on because it’s great for ratings, and that is why reactions and responses like Angela Rye’s are the best when faced with sharing a screen with socially accepted racists: accept the invitation from CNN, and then force the conversation to be about the casual racism of white resentment from people like Joe Walsh whose racist bullshit gets normalized by agencies like CNN.

Today’s blog title comes from the only verse in a song about racism by Sly and the Family Stone. 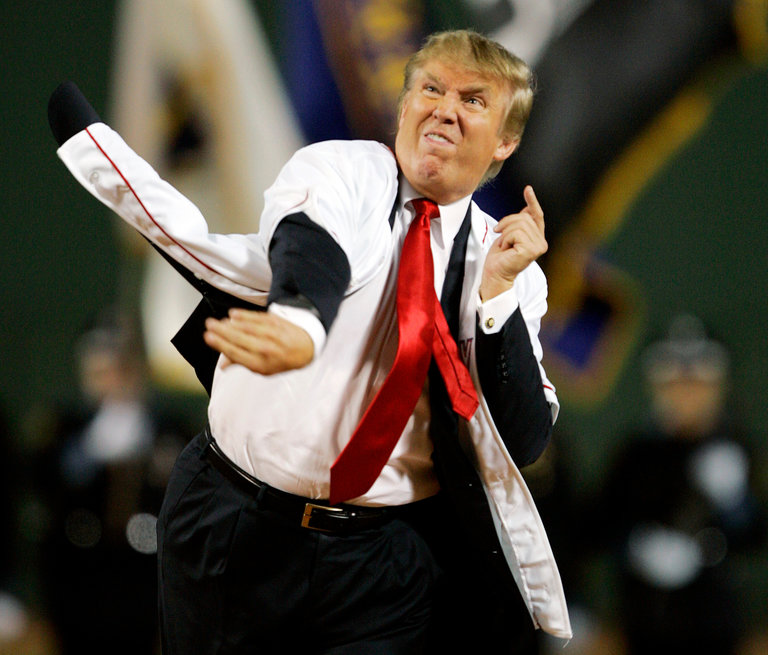 2017-03-29
Previous Post: My Head Can’t Tolerate This Bobbing and Pretending
Next Post: Bad Mistakes – I’ve Made a Few