No Wise Man Has the Power to Reason Away

By: Imbecile
In: Uncategorized
With: 11 Comments

A few days ago, media started reporting on a large meeting coming up at the White House in which donald trump summoned every member of the U.S. Senate to attend a classified briefing for reasons no one could—and the White House refused to—explain.

Media types reported that this was an unusual move, considering that the briefing room was not designed to host classified briefings, and that, historically, whatever it was trump planned to tell the Senate would typically be done in the Senate, itself.

While senators expressed bewilderment at the venue, the White House tried to pretend this was all about the Senate’s meeting, and that the White House just graciously offered to give them the Eisenhower Executive Office Building auditorium as a venue to hold their meeting.

Said Sean Spicer, “That meeting is a Senate meeting led by Leader McConnell, just utilizing our space. So that is their meeting. So we’re not there to talk strategy.”

He probably said this to stave off questions about why trump would summon all 100 senators to a national security briefing, and then barely show up for it, himself.

But Senator Merkley has a pretty good idea why trump summoned the Senate to his “Northern White House”.

“Oh, complete optics…giving him a chance to say he considers it important enough to have us come to the White house,” Merkley told CNN, stating that they learned nothing at the meeting that they couldn’t read about in the newspaper.

Others are suggesting that this was a power play by trump, letting the Senate know that he can beckon them to his residence whenever he feels like it, and they will show up.

While that is a move most often reserved for dickhead boyfriends who text you at 3 a.m. on a work-night just to see if you’ll show up, and if you do, using it to let you know that he owns you, we have to remember that our president is a dickhead who thinks trying to jerk you off-balance while shaking your hand means he’s got a bigger penis than you do.

For the record, Senator Bernie Sanders did not attend, stating he did not want to be part of a photo op, and that the issue of North Korea is too important for a “road show.” 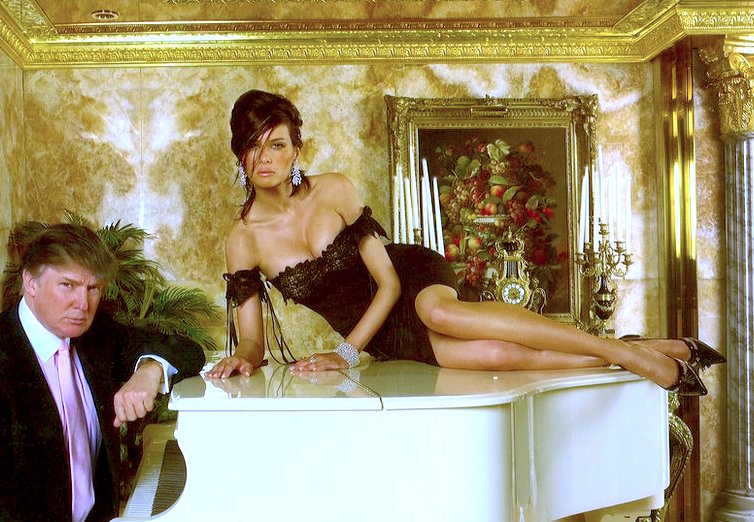 2017-04-26
Previous Post: Oh Daddy, Please Believe Me, I’ll Never Let You Down
Next Post: Heaven Can Wait, We’re Only Watching the Skies