Oh Daddy, Please Believe Me, I’ll Never Let You Down

“Boo! Hiss!”
-Berlin crowd, upon hearing Ivanka trump tell them that her daddy has always been a “tremendous champion for supporting families and enabling them to thrive.”

Ivanka was in Germany at the invite of Angela Merkel to join in a panel discussion on women’s issues. During her speech, she began to tell the audience how awesome her daddy is when it comes to empowering women, and the audience wasn’t buying it, choosing to boo, groan, and hiss, instead of applaud.

But that’s not what I want to focus on with this. Instead, I want to focus on a piece that appeared on CNN and written by Chris Cillizza. Cillizza ended his piece with these words: “[…] booing her for defending her dad is poor form.”

Chris Cillizza seemed to excuse Ivanka’s complicity by stating that, as his daughter, Ivanka could have been expected to do nothing other than defend her dad, but there’s a problem with that. She wasn’t defending him. No one had offered a critique of her daddy to which she felt compelled to answer. Rather, she offered up the glowing endorsement of his feminism without solicitation. She placed that turd on a porcelain plate and showed it to the audience without any of them having asked to see it in the first place, so Cillizza’s comment that booing her for defending her dad being bad form was incorrect.

In fact, to take it a bit further, I would postulate that Ivanka’s primary purpose is to put a nice, well-groomed, aryan spin on her daddy’s fascism. Ivanka is soft-spoken and, aside from her dutiful devotion to daddy’s dictatorial fascism, mostly inoffensive. She is a super-star in China, where her inhuman traits make her seem more like a collectible doll than a real human being, and trump industries believes they can market that same super-stardom all around the world, using her as a surrogate for her daddy’s detestable disposition.

What Cillizza got wrong is that Ivanka wasn’t there to defend her daddy. She was there to promote him, and booing her for shamelessly and politely promoting fascism isn’t just good form, it’s vital. More than any others, Germans should know that. 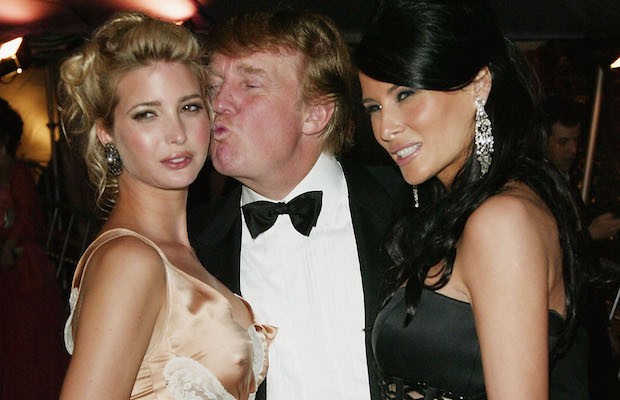 2017-04-25
Previous Post: Annie Get Your Nails and Cross
Next Post: No Wise Man Has the Power to Reason Away