You Lose Elections, You Don’t Almost Win Them

By: Imbecile
In: Uncategorized
With: 9 Comments

This evening, on MSNBC’s Meet The Press Daily, a pundit—or maybe it was a strategist, or perhaps it was a consultant, or an advisor, or a contributor, or whatever other fancy title news channels give to the dozens of mouths they pay to gaze at their own navels—was attempting to spin Jon Ossoff’s loss in Georgia’s 6th district yesterday as a positive by declaring that Ossoff’s close campaign forced the GOP to spend more money to win that seat than they have in any other congressional election in history.

That was a stupid statement. Here’s why.

Imagine an Atlanta Falcon’s fan saying on the day after Super Bowl 51, “You know, the Falcons can consider their loss a win. They forced the Patriots to score 25 points more than the Falcons in the second half of the game.”

Ever since donnie “two scoops” trump took office in January, Democrats have been rubbing their hands together hoping to use special elections to take away the congressional seats vacated by trump appointees. In the run-up to each election, liberals the Internet over commented with glee that trump’s disapproval ratings are going to cost the GOP each one of those seats. They have been wrong each and every single time.

They then spend the days immediately after the election pretending they weren’t celebrating the victories before the elections took place while simultaneously crowing that losing the election was even better than winning it, because the Democratic candidate performed closed the spread from trump’s election, and also because now the Republicans are really, really, really going to own congressional failures this time, without ever acknowledging that the GOP has been fucking up Congress since 2009, and the voters continue to give them control of it.

Today, Congresswoman Kathleen Rice of New York floated the idea that perhaps it’s time for new leadership in the House. House Minority Leader Nancy Pelosi’s spokesperson offered a tone-deaf response to those calls, saying, “When you are effective, you are a target. It goes with the job.” Apparently, Pelosi’s team is taking the trump approach to fucking up: fuck everything up, and then brag that you’re being targeted because you’re just so fucking awesome.

It can be debated whether or not the Democratic Party has been slowly sliding to the right. They tend to speak of helping out the working class and the downtrodden from one side of their mouth, while from the other side of their mouths, they meet with Wall Street bankers and pass legislation that allow Wall Street to continue screwing over Main Street.

In fact, I think it should be debated, and I think the debate should start with calls to ditch the current leadership. To quote Rep. Rice, “Our brand is toxic.”

And finally, to quote Patrick Maloney of New York, “Look…we need to win, everything else is bullshit.” 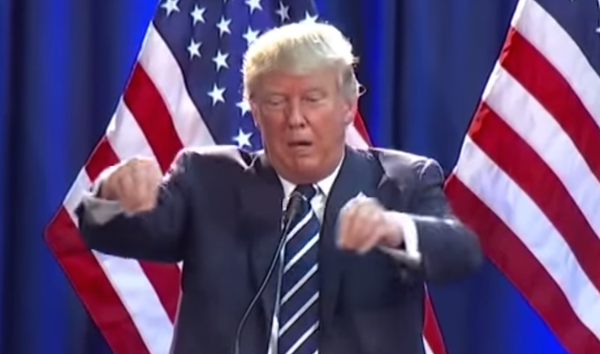