Livin’ on Jacks and Queens

This was posted as a comment elsewhere, but I intended it to be used here, as well.

Some years ago, McCain billed himself as a maverick, and the media fell for it, because no one wants to criticize a man who was a POW for five years. It would just seem untoward, so McCain remade himself into a sort of Anthony Fremont who knew that people were afraid of holding him accountable for his actions.

He coasted on this for years. But something else was happening. McCain’s captivity demons resided right beneath the surface, and any time anyone mistreated him poorly enough, he recoiled back into a frightened prisoner and entered survival mode, being as subservient to his “captors” as he could be in order to secure their benevolence.

So, when the Bush 43 campaign smeared his own adopted daughter in a disgustingly racist effort, McCain let it slide, and begged the Bush campaign for their forgiveness for his audacity in opposing them.

When the “maverick” decided to try again in 2008, he caved to his advisors and unleashed the cracking of egg that birthed the movement of the triumphantly stupid right-winger. His unleashing of Sarah Palin on an unsuspecting public helped grease the path for donald trump. trump’s stupidity would be far more concerning and give far more people pause if Sarah Palin didn’t take that virginity from us.

But McCain is saving his best for last. After essentially being called a coward by trump for being captured in a war trump was too afraid to fight in, McCain decided that the only way to get back into trump’s good graces was to jump on board for one of the most malicious and malignant pieces of legislation to come through the Senate in ages: the bill to kill millions of Americans by taking their health care coverage away from them.

And, to ice the cake, McCain rushed back to the Senate just days after brain surgery (paid for by government-funded healthcare–how’s that for the epitome of irony?) in order to vote to help the GOP move forward with this monstrously shitty bill.

But does anyone call him out on that contradiction? Of course not, instead, all anyone can do is remark on how amazingly courageous it was for him to show up with a bloody scar on his forehead to vote to take away from his constituents the very thing that just saved his life.

Fuck McCain, and fuck the media that is too cowardly to call out this kind of bullshit.

Cancer sucks, but that doesn’t mean that McCain doesn’t. 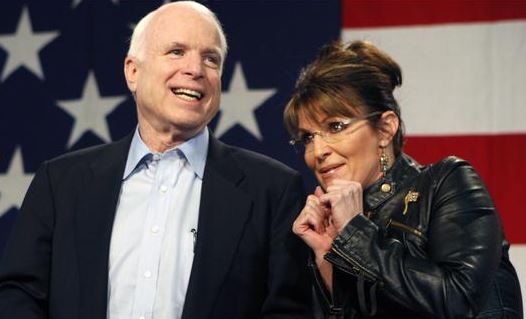