I’m So Vain, I Wrote This Song About Myself

I’ve been away for about a week, and while I haven’t been posted anything, I have been giving a lot of thought to what I want to cover next.

The election of the reporter-assaulting congressperson from Montana who has to swear to defend the constitution just after he choke-slammed a reporter to the ground for the offense of being asked a question about the Republicans’ health care bill?

The revelation that Jared Kushner sought a way to communicate with the Russians without anyone being able to find out?

The murder of 2 Good Samaritans by a trump supporter after three men stood up to defend a young woman and her Muslim friend in Portland and how rhetoric in the trump era makes such domestic terrorism inevitable?

The fact that the newly recognized leader of the free world—German chancellor Angela Merkel—publicly stated that Europe can no longer rely on the United States?

A slew of other incidents that would be headline-making scandals for months if any single one of them occurred during any other administration?

But then, today, this happened:

[p]resident [t]rump has a magnetic personality and exudes positive energy, which is infectious to those around him. [h]e has an unparalleled ability to communicate with people, whether he is speaking to a room of three or an arena of 30,000. [h]e has built great relationships throughout his life and treats everyone with respect. [h]e is brilliant with a great sense of humor … and an amazing ability to make people feel special and aspire to be more than even they thought possible.

I have no biting commentary, no psychological insight, no clever analogy to despotic nincompoops who give themselves neat military uniforms and medals no one else qualifies for, and no real idea what compelled our president to release such a statement. Instead, all I have to say is this: no matter what we say about the popular vote, or gerrymandering, or voter repression, or anything else to excuse why he won, we cannot deny the fact that 63 million Americans voted for the man who released that statement. 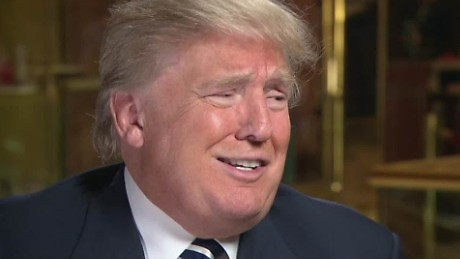