I have to use an image here, because the actual late-night tweet has been deleted:

Here is what the president tweeted shortly after midnight on May 31: 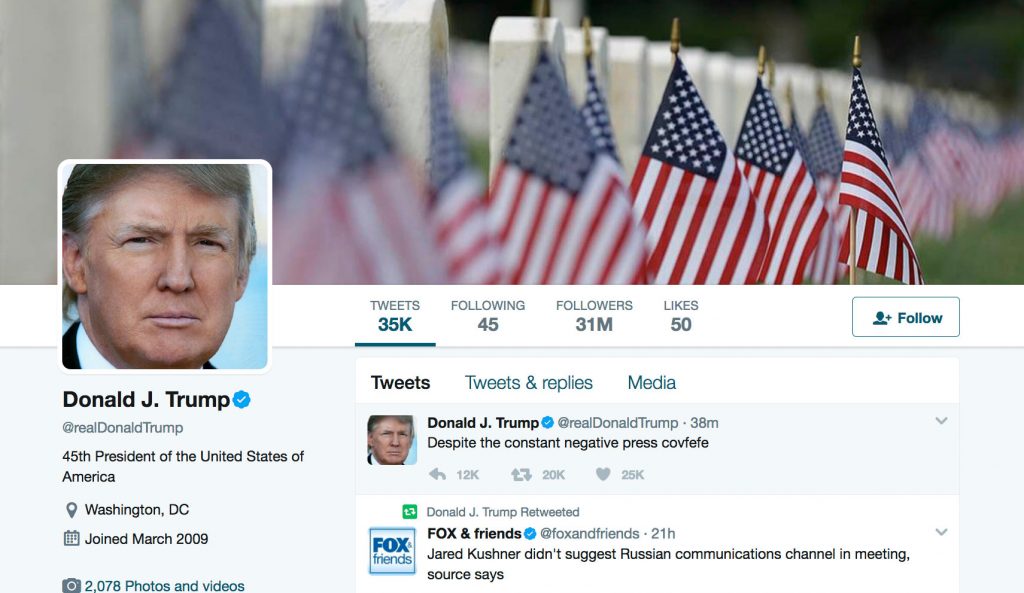 By now, everyone knows what it says.

In reply to a Fox & Friends tweet about Jared Kushner and an anonymous source, the president tweeted, “Despite the constant negative press covfefe”

Now, any reader will tell you, using context clues, that what the president almost certainly meant to type was coverage. It seems like an honest late-night, sleepy typo, and during normal times, a president or some vigilant staffer would have edited the tweet immediately, but we don’t live in normal times.

We live in a time during which a tweet like that stays up for hours, and then is just deleted, and is then handled in a manner that continues to convince us that the trump administration will lie about anything and everything.

When asked, “Do you think people should be concerned, uh, that the president posted somewhat of an incoherent tweet last night, and that it then stayed up for hours?” Sean Spicer replied, “Uh, no.” To this, a few audible giggles are heard.

The same reporter followed up with another question, “Why did it stay up so long? Is…is no one watching this?”

This was Spicer’s reply, “No, I…I think the…the…uh…president and a small group of people know exactly what he meant.”

Here’s an answer that would have most likely been given by any other, normal administration in American history: “It was a typo that was not immediately caught. We’ve all made typos. He meant to type coverage.”

But Spicer didn’t do that, because to do so would have been to admit that trump made a mistake, and trump will not tolerate anyone thinking he made a mistake, so instead, his staffers are forced to go out and publicaly make these ridiculously inane excuses for something everyone knows was a simple typo. We are now expected to believe that the president intended to type out the nonsense word covfefe, and that only he and a select inner circle of advisors know what he meant.

But, Spicer’s asinine explanation was thwarted by the president, himself, when he later tried to good-humoredly tweet out a joke asking if anyone knows what covfefe really means. 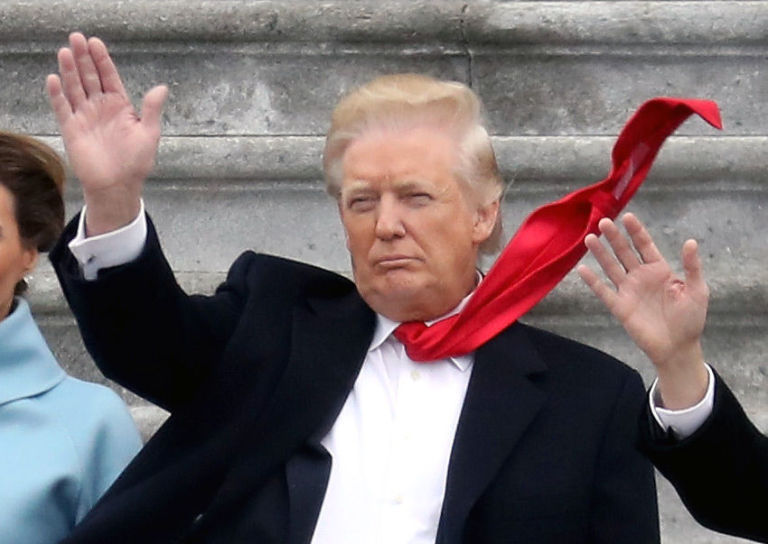 2017-05-31
Previous Post: I’m So Vain, I Wrote This Song About Myself
Next Post: Can We Be Blamed for the Security of Ignorance?