By: Luskus_Delph
In: Culture
With: 74 Comments

I am a native of the South.  Born and raised in Memphis, TN.  A cursory glance at Wikipedia should confirm that my life is about as steeped in Southern heritage and history as anyone’s can be.  I have seldom thought much about it.  It was just there.  But recent events have driven my cultural heritage out into the open and is spilling out of my TV with increasing frequency and intensity.  It has been given voice by many people invoking “Southern heritage” on all sides of the controversy surrounding the mounting trend of removing State-sponsored Confederate monuments from public spaces that is sweeping across environs below the Mason-Dixon line and extending all the way into Texas.

Now that’s all been shaken, poured and shoved – garnish and all – under my nose; it doesn’t smell like a Mint Julip.  It just smells like so much bullshit; and after one sip, I found myself inebriated and fighting the impulse to mouth off before I regained mental competence and sober control of my tongue – so to speak.

I have spent several days a bit lost in thought, remembrance, and reflection on my own feelings about this so-called “heritage” thing that modern Virgil Caines feel is under attack and targeted for annihilation.  While I do have an elevated understanding and somewhat enlightened degree of empathy for those peoples’ feelings and concerns, I am still compelled to call bullshit on most of it.  Especially the parts where they … oops! … completely fail to direct comparable anger and indignation towards the militant cults of ammo-sexual uber-bigots, spewing homicidal multi-ethnic hate and Nazi doctrine, while standing on towering pedestals of Christian faith; fully draped in resplendent, billowing layers of “precious” Confederate iconography — that “endangered species” of Redneck swag!  What the fuck, Virgil?

Assembling a complex personal perspective has been stymied by the number of thoughts that were cluttering my mind.  There were just so many moving parts tenuously suspended in midair, 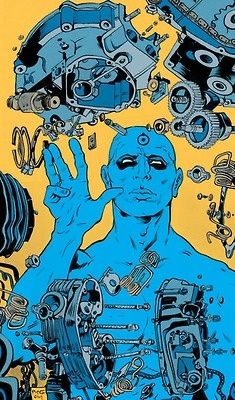 Initially I thought a thorough exposition on this topic might be serialized to accommodate this  ‘Too long; didn’t read’  Twitter universe.  So that plan needed some work, and was begun with my out-of-sequence post from a few days ago.  But in this age of trump, where time and events move at hyper-driven velocities and ground level realities are frequently recast into irrelevancies in a week’s time; the window for speaking up appeared to be closing rapidly.

So, a few chapters into a trove of mental ruminations and relatable introspective anecdotes; ostensibly collected (as David Crosby sings:)  ‘because I feel…like I owe it…to someone’ — I decided to stop! – jettison the homespun crapola – and boil it all down to the barest bones of  salient points, and move on to other matters.  Although I learned a good bit along the way, I’m running on fumes, so lets hope I can wrap things up in this one fell swoop.

There was one particular TV moment, frozen in portraiture that has haunted me.  It was a man-on-the-street interview with a gentleman voicing what has devolved into a boilerplate talking point, but who seemed genuinely concerned that HIS heritage — that HIS cultural history was under attack and was falling victim to attempts to trivialize it; to sweep it away; to erase it.  I resist discounting his opinion; even resist trivializing HIM as a fellow Southerner with common cultural connections, which he sincerely feels needed defending.  So with that thought in mind, I shall direct myself to him – in the abstract, so as not to resort to second person finger-wagging.

“To those who want to sanitize the past — even more than the present can be cleansed — it is time to say cease and desist. It is not only ignorant to censor history, it is expressly dangerous. Who we are today is a consequence of where we have been; the history vandals who go about airbrushing people and events from our past are as criminal as street thugs who smash a storefront window.”   –David Krayden@The Daily Caller

The Daily Caller would not appreciate my co-opting that quote from Mr. Krayden’s opposing editorial context and dragooning it into the service of my own argument; but word-for-word, it fits like a custom-tailored Van Heusen.

That now-ubiquitous pack mule — “Southern heritage” — has been stump-jumped, bull-roped, and hog-tied to a whipping post, after decades of service hauling around a vandalized cultural history; airbrushed and censored and sanitized to within an inch of its criminal existence.  For that abused ignorant beast and its centuries old dangerous cargo, it is time to say cease and desist.

Tightly held personal concepts of ‘heritage’  are not reduced to their truths, but rather are distilled of their bitter impurities.  That must change.

What is at stake here is not the fate of some family ancestry or visceral heritage that is mine, nor one that is yours.  At stake is the immutable record of history that is OURS!

It is the very definition of “white privilege” that allows someone to embrace and defend public memorabilia that perpetuates a version of history that excludes or ignores or trivializes endemic racism of epic dimensions.  Then to turn around and scream resentments at fellow “compatriots that are descendants of slaves and Jim Crow survivors” who are demanding that the savage fire hoses that they once endured, now be turned upon the whitewashed symbols of their brutal persecution; erected not just to commemorate slave-States’ secession and tragic internecine strife, but to glorify the indelible message that lorded over generations of black people: “You are not in America.  You are still in the Confederacy, where your lives don’t matter.”

The legacy of systemic racism is an open wound that has never responded to homeopathic poultices, but rather it requires excruciating pain of cauterization.  Healing can perhaps begin when genuine Christian empathy, bled from stultified versions of “MY heritage,” is restored to  reflect a new and inclusive “OUR heritage.”  And when State-sanctioned Confederate memorials are decommissioned and removed to more appropriate museum locations and  re-contextualizing settings.  Only then can they properly teach to this generation of Americans — and to future generations born into Southern households — the invaluable lessons to be learned from the trials and errors of a flawed and struggling democratic republic.  Let them discover the unifying and redeeming graces of a just contrition, answered by a noble forgiveness.  Let them know as a nation, and with resolute pride, that we’re all  ‘older now but still runnin’ against the wind.’