Everyone knows the Republicans bit the big one today when they failed to get enough votes to pass their Let Americans Die Penniless and Sick Bill and when trump subsequently ran as fast and as far away from his support of the repeal and replace campaign as he could in a single day—which isn’t very fast, or very far, considering how unhealthy, old, and obese he is, but it was vaguely comical to watch in the same way that watching your backup slowly step away from you as you get closer to danger is vaguely comical, so I’m not going to focus on that. You’ll spend your entire weekend watching the media salivate over the issue.

Rather, I’d like to focus on a public apology made today by a man many of you may or may not have ever heard of, but whose influence you know well. His name is Alex Jones, and on December 2, 2015, donald trump told Alex Jones, “Your reputation is amazing. I will not let you down.”

So, what is that reputation?

Well, Alex Jones has a few ideas you might not be aware of.

As you can see, “amazing” might be selling Jones’ reputation a little short.

So, what did Alex Jones apologize for today?

On October 30, just a week before the 2016 election, a conspiracy theory about Alefantis’ pizza parlor was born on twitter when a white nationalist tweeted that Comet Ping Pong was the center of a massive, global, satanic pedophilia ring.

The conspiracy took hold among right-wing dumbfucks, and within hours, it was picked up all over the Internet. This is where Alex Jones comes in. Jones’ website, InfoWars (I won’t link to his shit-hole outside of the link to his apology above), picked up on the story and ran with it.

While Jones’ site wasn’t the only site to push the conspiracy theory, it is easily argued that it pushed it louder and longer than anyone else did, going so far as to encourage his listeners and website followers to “self-investigate” the claims.

After weeks of receiving incredibly violent threats, on December 4, 2016, a man named Edgar Welch walked into Comet Ping Pong and fired three shots from an assault rile into the restaurant. He told police he was there to “self-investigate” the satanic pedophile ring being run out of the restaurant.

Shortly after, Alex Jones began scrubbing his shit-hole website of any reference he made to what became known as PizzaGate (because we’re too stupid to know that something is a “scandal” unless we attach the “-Gate” modifier to it).

Fast forward nearly four months, and Alex Jones posts an apology on his shit-hole website to James Alefantis. Jones declined to market his apology with the same incessant fanfare with which he hyped the fake scandal that almost got Alefantis or his employees or his customers killed.

So, the question now is:

Why? Why the apology now? Jones claims he’s doing it because “it is the right thing to do.” If apologizing for the carnage he encouraged was the right thing to do, then why did Jones wait nearly four months to make it? Is Jones afraid of legal action? Is he afraid of culpability? Is he facing a lawsuit? Criminal conspiracy charges?

But, before we do, and we before we put too much stock in Jones’ apology, let’s take a look at a little montage put together by Vice News. It was put together nearly 3 weeks ago—perhaps in psychic anticipation of today’s apology?—and features many times that Jones’ spontaneously apologized for saying things he immediately regretted.

Alex Jones wants you to know he’s sorry for his outbursts pic.twitter.com/i83ubKiwNp

Finally, to end today’s entry, I want to start something new that I may or may not continue, depending on my whims. Here’s a picture of donald trump that should make you smile (until you remember that he’s still the president and then it just makes you angry). 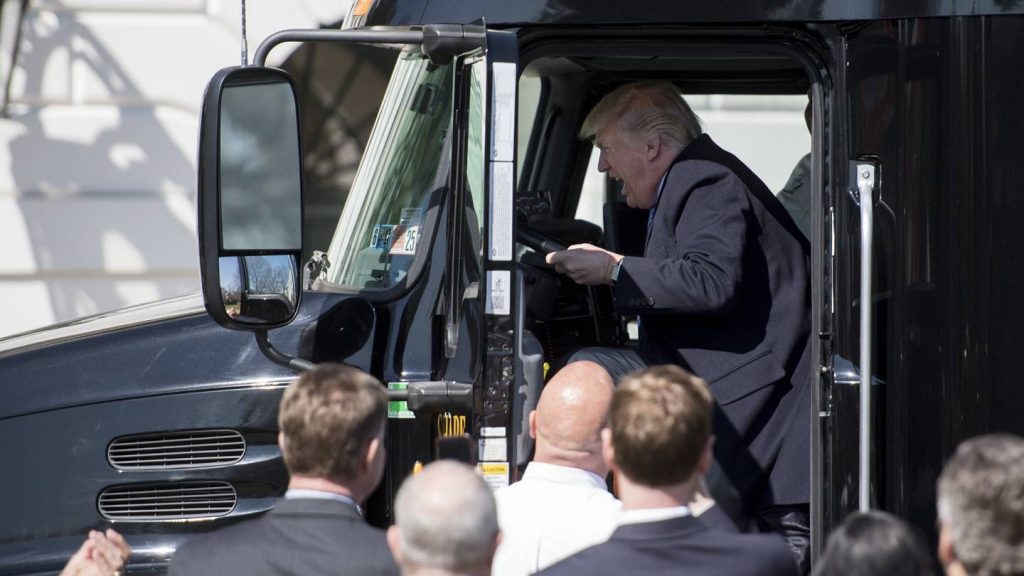 Post-script: I’ve been asked by a couple of people about my blog titles. They sometimes come across as inscrutable, and I cannot deny that, because my mind sometimes operates on a thread of its own. That being said, I’ll add a brief explanation when possible. Today’s title is a slight take on the opening line of “Uncle Albert/Admiral Halsey” by Paul McCartney.

2017-03-24
Previous Post: I’m Chevy trump and You’re Not
Next Post: My Head Can’t Tolerate This Bobbing and Pretending