A reporter for the Public News Service was arrested in the West Virginia state capitol yesterday for shouting questions to Health and Human Services Secretary Tom Price. This received little attention in the wake of the firing of FBI Director James Comey, and I find this a bit troubling that reporters seemed content to mostly ignore this as they were fixated on the Comey story.

This is not to say that the Comey story isn’t huge, but in an age of 24-hour news, one would think that the evening “news” shows could have devoted some time to analyze the story of one of their own compatriots being whisked away by law enforcement officers for asking questions to public officials.

What concerns me most about this is how this is just another isolated incident that goes under-reported in favor of other, “bigger” news stories of the day, and how the arrest of an American journalist in the United States by American law enforcement officers while in the process of performing his constitutionally protected duty gets essentially less than a collective “meh” from the very institution such an action threatens.

In October 2016, then-candidate trump was denounced by the Committee to Protect Journalists as a threat to press freedom. trump made attacking the media a centerpiece of his campaign, often whipping his crowd into a frenzy of frothing-at-the-mouth hysteria toward the media.

The below photo represents just a glimpse into the kind of anti-media hysterics demonstrated by trump supporters: 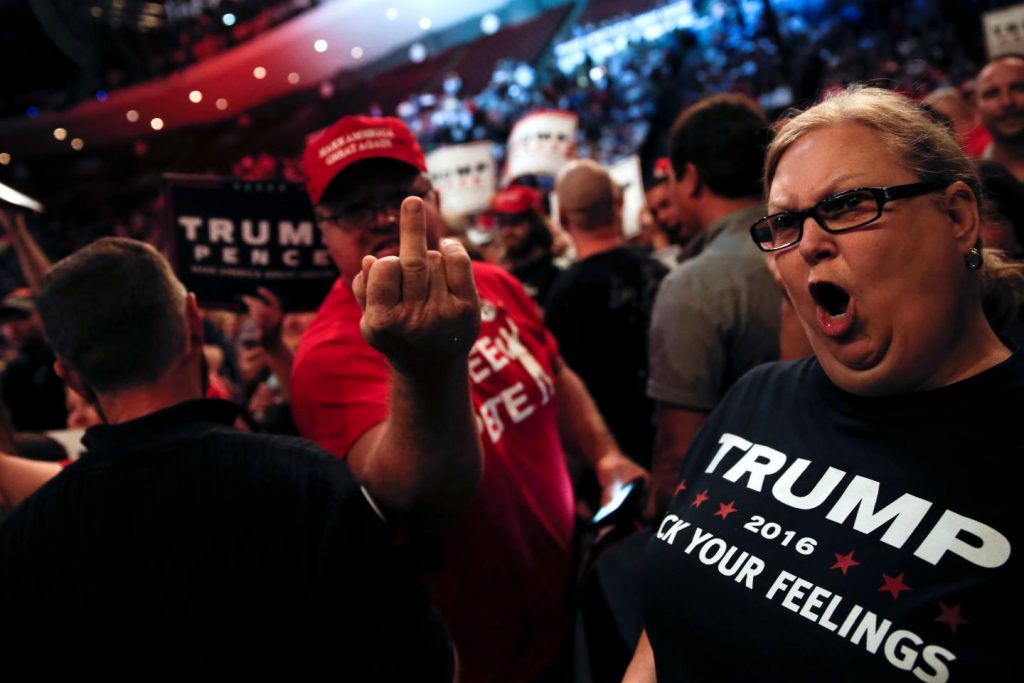 Notice what the woman’s shirt reads.

In trump-era, antagonism is the new patriotism. Getting in someone’s face and loudly shouting one’s displeasure with their liberalism has replaced putting a confederate flag sticker on the window of one’s pickup truck.

After Dan Heyman was arrested in the West Virginia statehouse, Tom Price justified the arrest by stating that “[Heyman] was not in a press conference.”

Based on Price’s statement, are we to conclude that the trump administration’s official policy is that it is illegal to ask any administration official a question outside of a press conference?

The arrest of Dan Heyman is just another in a long list of attacks on a free press by unlawful enforcers in the trump era.

The media is doing a poor job of compiling the slow drip of first amendment oppressions into a cohesive narrative that they can present to the public. The media is aware of this endless stream of “micro-oppressions,” but seems incapable of placing them into a larger narrative to put into context just how threatened our “freedoms” and “liberties” are.

Look again at the photo of the trump supporters above. Do they look like people who will readily admit that they openly support the incremental erosion of Freedumb(!) and Libertea(!)? They will tell you, most likely without any solicitation, that they are true supporters of freedom and liberty, yet there they are, openly antagonizing their first amendment co-beneficiaries.

It’s kind of impossible at this point to find the singularity of trump’s attacks on our press. It now exists sort of as the cosmic static that inhabits every cubic millimeter of space. However, if we go back just to right after his election, we can already compile a hefty list of those oppressions.

Media Matters has been compiling such a list since Inauguration Day. You can view it here, but be warned, you might walk away from that curative piece wanting to kick a baby bald eagle and telling Uncle Sam to go fuck himself.

Tonight’s blog title comes from Gil Scott-Heron’s The Revolution Will Not Be Televised. 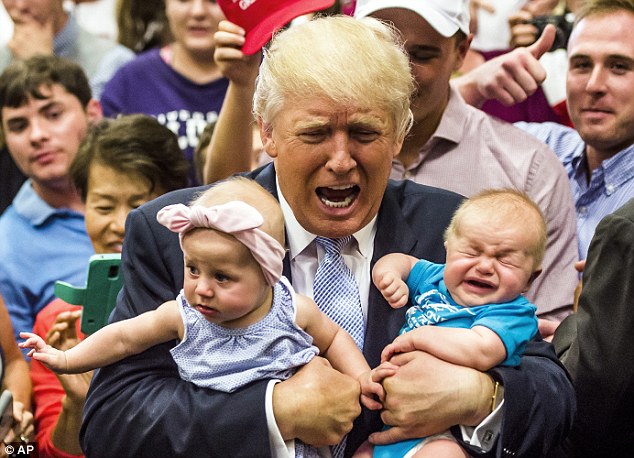