Catching Up With donald trump

Back in 1985, Depeche Mode released a compilation album called Catching Up with Depeche Mode. It was a way for new fans of the band to hear some of the singles the band had released in the previous 4 years.

But what does Depeche Mode have to do with donald trump? Curiously enough, super racist-slash-aspiring-real-nazi Richard Spencer claimed, back in March, that Depeche Mode was the “official” band of the alt-right.

Depeche Mode immediately rejected the claim and did everything they could to make it known they wanted absolutely nothing to do with the “c**ts” in the neo-nazi movement. The band told Billboard magazine, “This guy gets way too much publicity already. What’s dangerous about someone like Richard Spencer is, first of all, he’s a c**t—and he’s a very educated c**t, and that’s the scariest kind of all.”

Anyway, back to Catching Up with Depeche Mode. So, the band released a compilation of their previous 4 years of output for people who might just be tuning in to hear what the band sounded like. The band was able to compile 13 tracks in those 4 years.

donald trump, on the other hand, has been president for 111 days. He’s collected a hell of a lot more than 13 “hits” to include in this compilation, and I can guarantee you that none of his “hits” have the same haunting melody of “Shake the Disease.”

Now, let’s catch up with donald trump in chronological order, starting with his first day in office.

Feel free to add anything I might have overlooked.

Only 43 months to go barring impeachment.

Here’s your trump picture (see if you can spot the three Russian agents in the room): 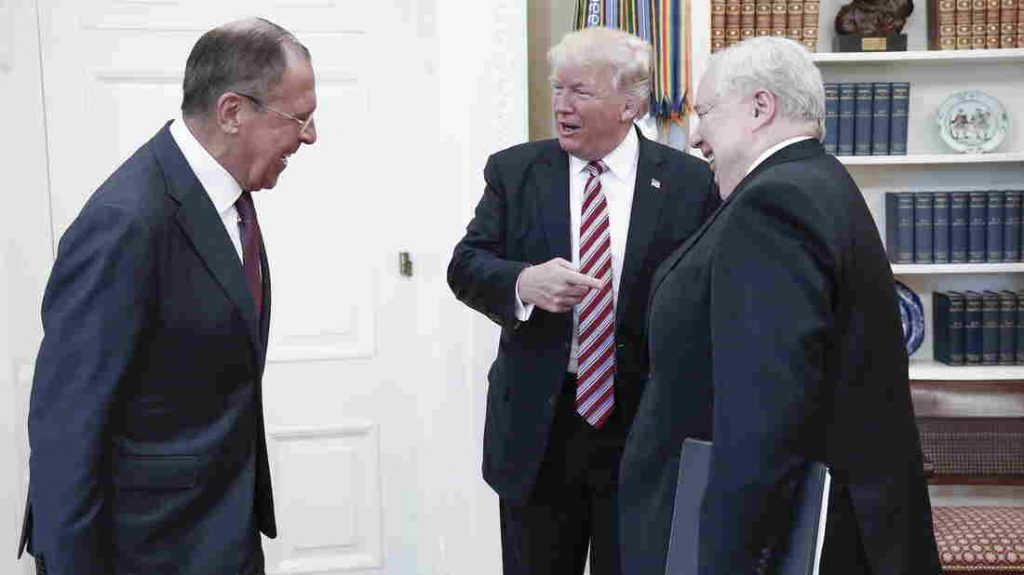