Can You Hear the Sound of Hysteria?

By: Imbecile
In: Uncategorized
With: 8 Comments

Read the words below of a man representing a presidential administration that doesn’t have the first fucking clue what it’s doing.

“The goal for the United States is twofold. It’s, one, to make sure we destabilize Syria — destabilize the conflict there, reduce the threat of ISIS. But then, secondly, is create the political environment, not just within the Syrian people, but I think you can have — work with Russia in particular to make sure that they understand that Syria, backed up by Russia’s own accounting, should be held accountable for the agreements that its made with respect to its international agreements on chemical weapons alone.”

Spicer’s statement was in response to a question about trump’s position on removing Bashar Assad from power in Syria.

When NBC’s Kristen Welker asked Spicer to clarify whether the president believed it was possible to defeat ISIS with Assad still in power, Spicer paused, looked briefly up and to the left, then straight ahead. His eyes immediately glazed over—or focused off into infinity…who really knows? He then muttered the question back to himself, “defeat ISIS with…” as if he were a 10-year-old at a spelling bee repeating a word to himself that he clearly didn’t study before stammering out, “Um, yes. Sure.”

Keep in mind this undefined doctrine as trump is sending a carrier group to the waters off North Korea. Don’t for a second believe that trump has any clue what he’s going to do with them once they get there.

And now, your trump picture: 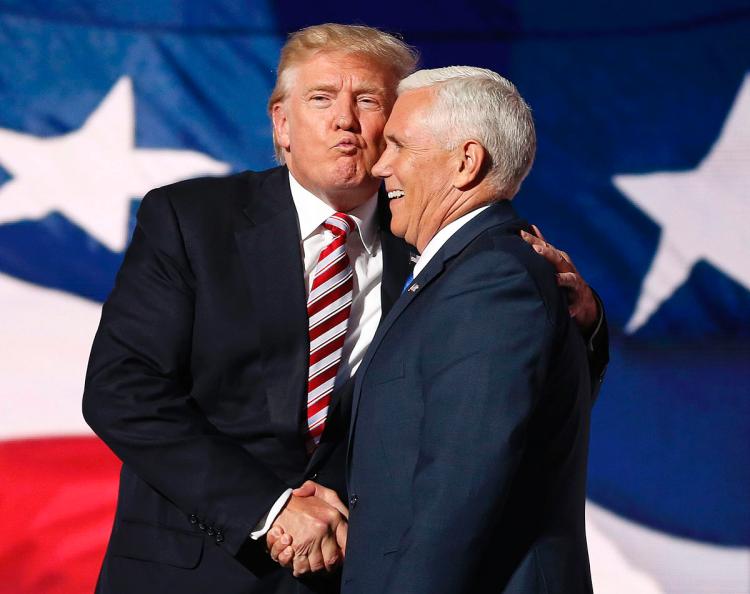