Thanks for Nothing, CNN

By: Imbecile
In: Uncategorized
With: 9 Comments

CNN has a new ad. It’s a nice ad. It’s about truth. You can watch it here.

CNN produced this ad, one might guess, in response to the constant attacks on the media by trump and members of his administration, and members of the mumbling mob that make up his base. CNN wants us to know that facts matter.

I want CNN to remember how they behaved between June Whatever-the-fuck-day-it-was-when-the-orange-goblin-descended-the-yellow-escalator, 2015 and November 8, 2016. I want CNN to remember the hours upon hours that they aired an empty podium as they all waited breathlessly for trump to show up and say something wacky. Of course, it always turned out to be a little more fascist than wacky, but that didn’t matter. CNN wanted to be the first to air it. I want CNN to remember Roger Stone, Jeffrey Lord, Corey Lewandowski, and every other trump sycophant they invited on to their show to schlep shit for trump on an hourly basis for months on end, and doing nothing to call them out when they openly lied with the giant CNN logo right behind them.

CNN played a pivotal role in “normalizing” trump during the GOP primaries, and turning his campaign into The Only News That Mattered, and now they want us to forget all that and accept that they are the new curators of The Truth and Facts. It would have been nice if they were that interested in promoting the truth and facts when it mattered. 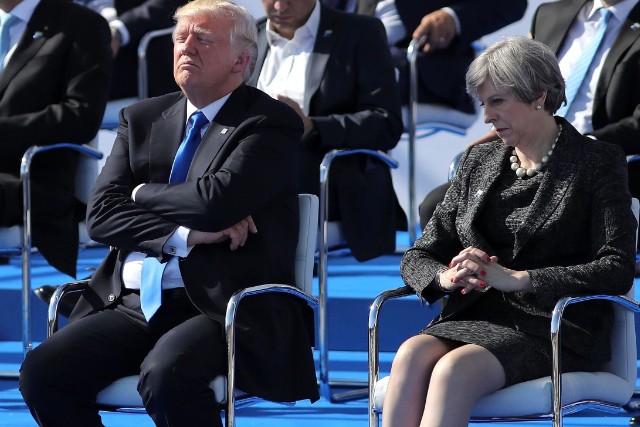