A Tale of Two Americas

By: Imbecile
In: Uncategorized
With: 24 Comments

About a week after the 2016 election, The New York Times ran a story called The Two Americas of 2016. In it, Tim Wallace demonstrated the geographical divide between trump voters and Clinton voters. Two maps were included with the article that showed what could be seen as a striking comparison between what the two Americas looked like geographically. trumpland occupied 85% of the continental United States—a staggering figure at first glance, and a figure most trump supporters love to reference when talking about trump’s victory. They also like to tout this particular electoral map: which, much like the Times’ maps, seem to spell political disaster for Clinton and all her supporters, but the funny thing about “data” is that it can be incredibly misleading when stripped of context.

Land area does not signify population, and when we look at trump’s results by population, we get a much different story.

If we show a congressional district map of the United States, with each district given the same weight, we end up with a distorted geographical map like the one below, but we also see that the county-by-county map shown above doesn’t represent quite the electoral spanking our right-wing opponents would have us believe. 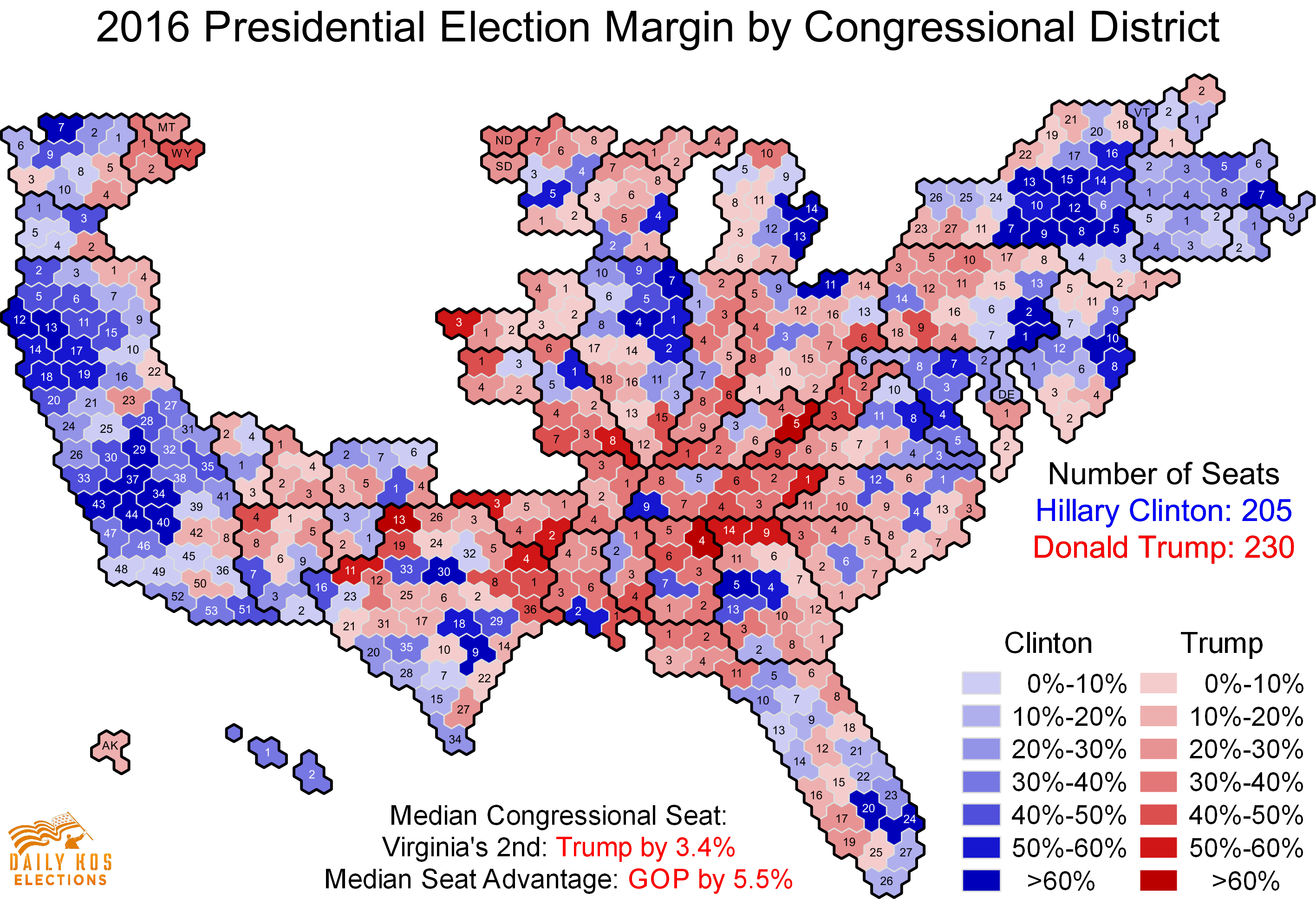 Such a map as this shows that trump’s “victory” was much slimmer than it might otherwise appear. But there is something else that these maps don’t show is that the land area “won” by Clinton as demonstrated by The New York Times maps contain 54% of the nation’s population. So, while trump’s geographical America might be larger, it more likely to be populated by cows and corn than by people.

Why bring all this up? Why rehash an election that is 1o months gone, the results of which are wholly accepted and not under contest, despite evidence pointing to the fact that Russian intelligence might very well have worked in collusion with the trump campaign to secure the victory? Because, 10 months after the publication of the Times article, there are still very much two Americas.

Politico published a piece today that shows that despite all the evidence that trump is a liar, a colluder, a nincompoop, a non-reader, a narcissistic man-child who is obsessed with media coverage of him, and who needs friendly media outlets to deliberate plant fawning coverage of him lest he crawl into a corner sucking on his thumb, trump still retains the fervent support of the people who voted for him.

What it seems to boil down to at the moment is that the economy is still going fairly strong, so people are entirely unconcerned with trump’s countless foibles, including his seeming desire to bluster his way into nuclear conflict.

In the end, all that matters to most people is whether or not they feel economically secure, and since most trump supporters do, most of them are more than willing to overlook everything else about him, including the nagging and growing case that he worked with the Russian government to steal the 2016 election.

The irony, of course, is that trump’s “victory” was credited to the fact that those who voted for him did not feel economically secure, that they believed they were getting the short end of the wealth stick, and that Mexicans were mostly to blame for it.

What the focus groups apparently failed to ask is, “What changed? If you voted for him because you claimed you were so economically miserable and you believed he was going to do something to change all that, then what exactly changed to make you feel economically secure today? What is different now than from 10 months ago?”

Also, aside from that, one might wonder why all the lefty strategies to bring down trump by using his own words and actions against him are failing to have any impact at all outside the lefty base.

Another feature of our two Americas is our media system, in which the flagrantly pro-trump media just flat out refuses to report on anything about trump that might have a negative impact on his basal support. In a recent poll, most trump supporters demonstrated a complete lack of both knowledge and interest in the growing allegations that trump’s surrogates, and quite possibly trump, himself, met on numerous occasions with Russian agents to help fix the results of the election, either through a massive misinformation campaign, or outright tampering with voting machines.

Let me repeat that. trump’s supporters are entirely disinterested in learning if trump worked closesly with the Russians to steal the presidential election.

It would seem that the only opportunity we may have to get trump supporters to see him for the fraud he is, is for trump to egg Kim Jong Un into attacking someone with nuclear weapons, or for our economy to tank, and even then, they may just find someone else to blame.

With each passing day, I become less and less hopeful that we will find a way to reunify our two Americas.

In the meantime, may I offer a word of advice to Democrats and various other lefties who are beside themselves trying to understand why trump’s supporters don’t give a shit about what an asshole he is? Clinton’s entire campaign strategy was to hold trump up and demonstrate to America what an asshole he is…and she lost. Stop thinking anything is going to change by employing the exact same strategy that failed for her. 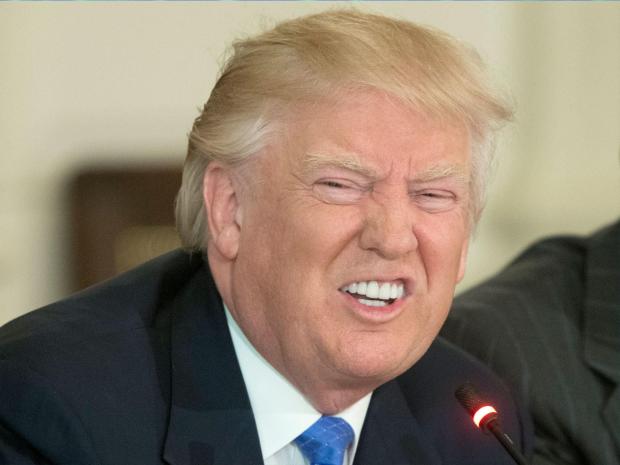